We have had quite the winter in Olympia this year, with snow on the ground the entire month of February.  March was filled with family time and travels, and now it is April, time to put the shine back on NORTH STAR and get her ready for the coming season of cruising.

The dinghy has been in the repair shop this winter.  A major seam between the one of the hypalon sides and the aluminum flooring separated and needed to be re-glued.  The cause of the separation is speculated to be pressure against the seam when the dinghy is on davits on the stern.  When underway and NORTH STAR reaches a certain speed, water sprays into the dinghy, collecting and causing strain along that seam.  We need to figure out how to avoid this happening in the future - perhaps tow the dinghy when going at speeds that might be a problem?

Enough about the dinghy.  Now it is NORTH STAR's turn for attention, and attention she gets!  First she is lifted out of the water and placed on supports in the boatyard at Swantown.  And then our special team arrives - our daughter Kelda, grandson Andrew, and granddaugter Annike all join Dan in a marathon of cleaning and waxing and polishing.  What a team! 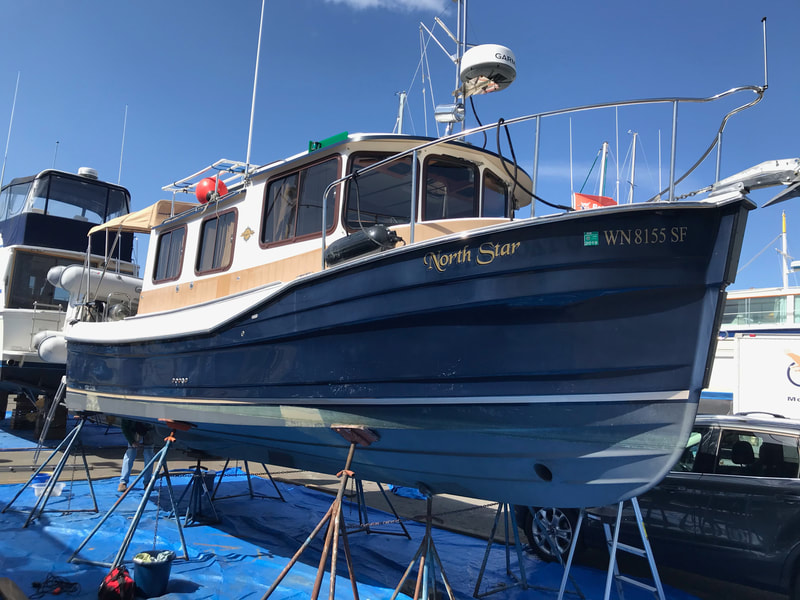 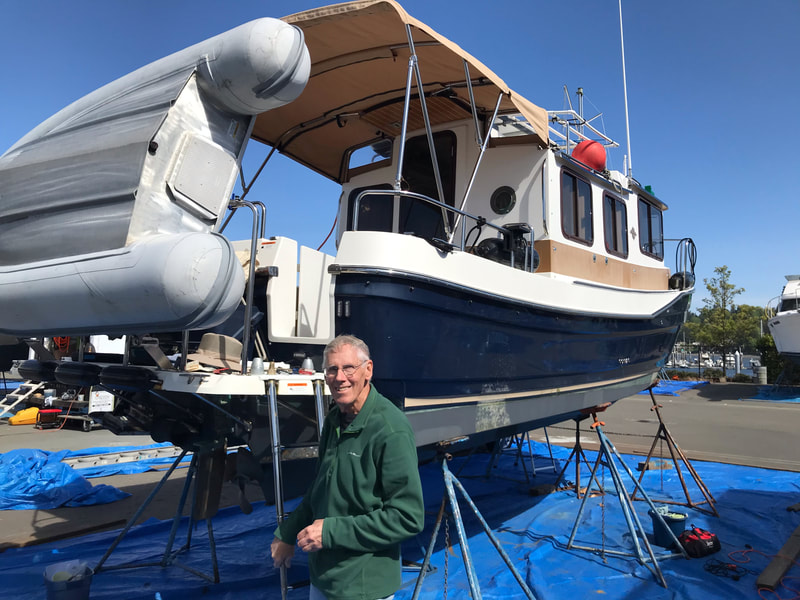 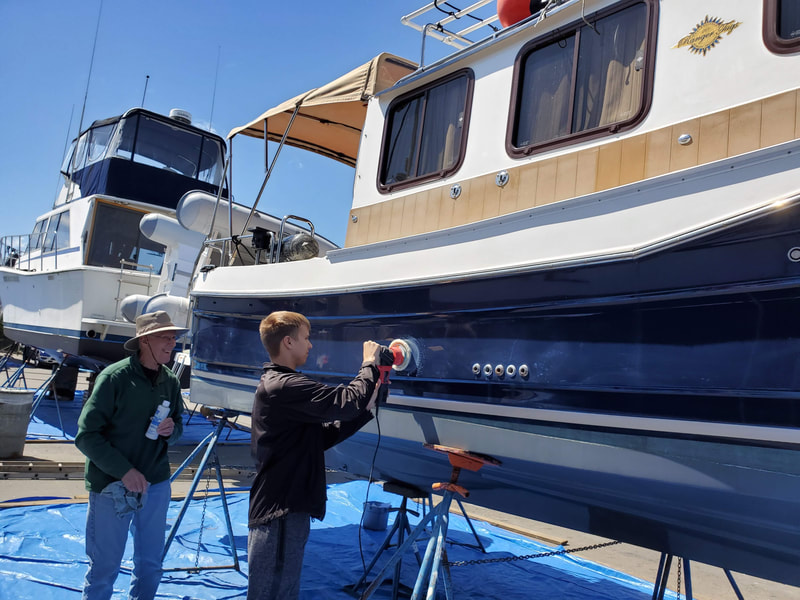 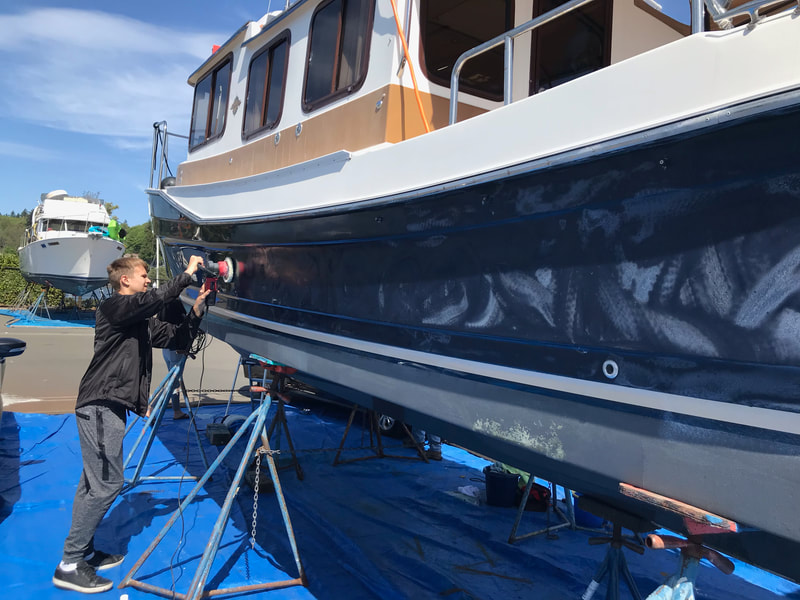 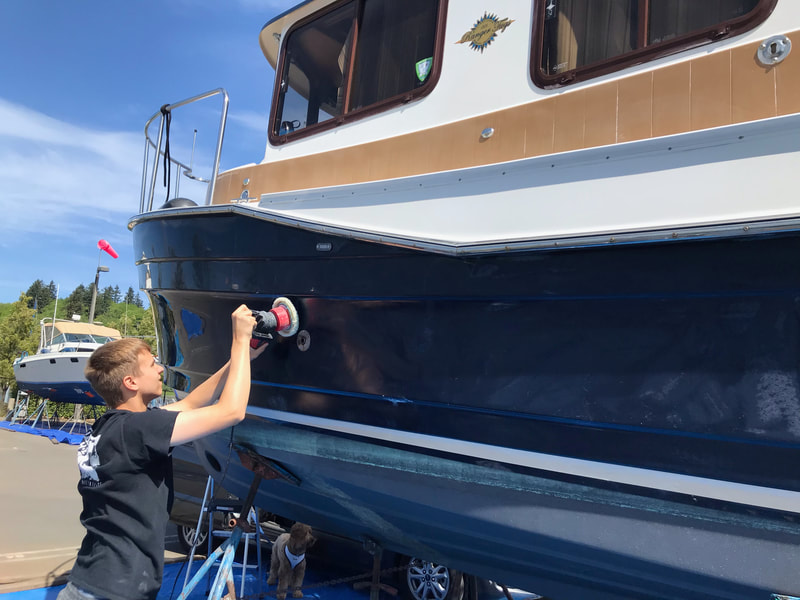 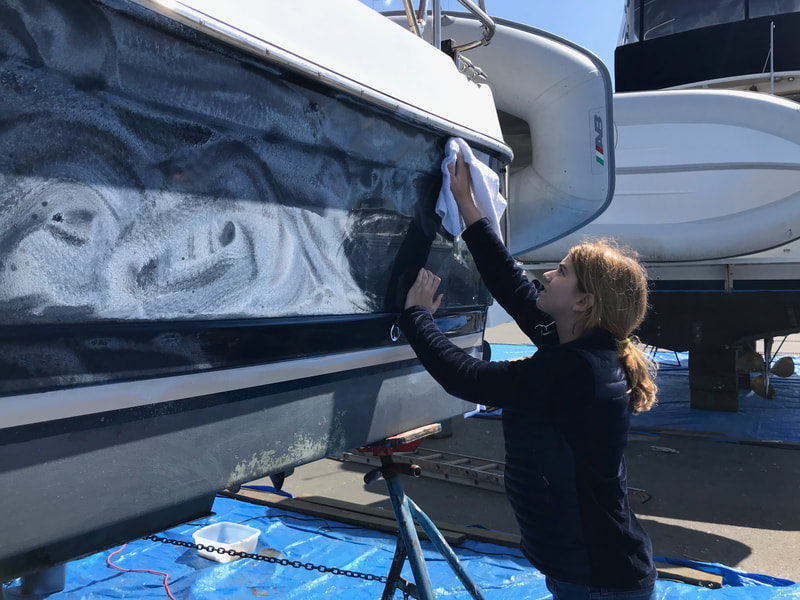 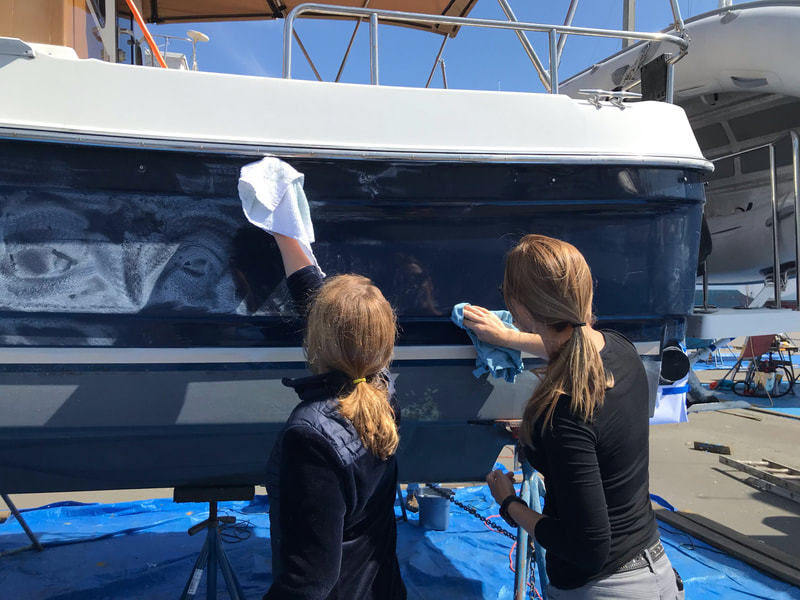 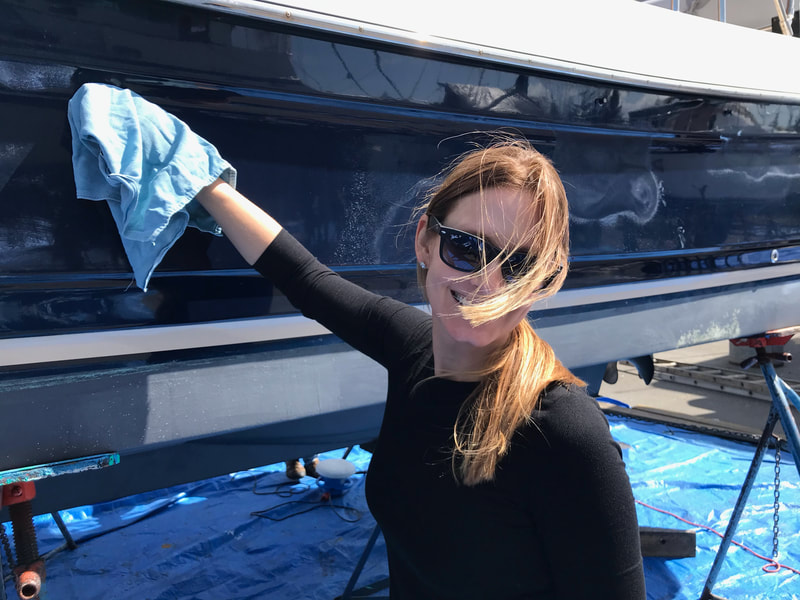 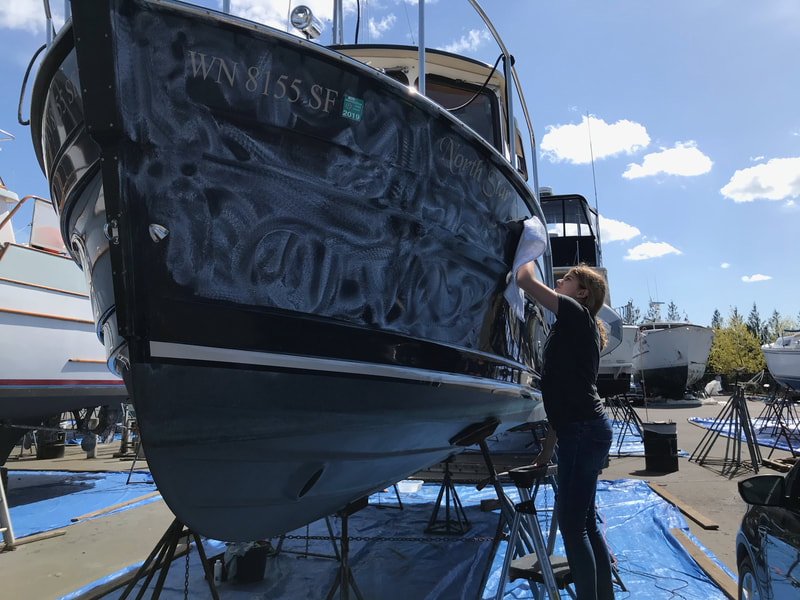 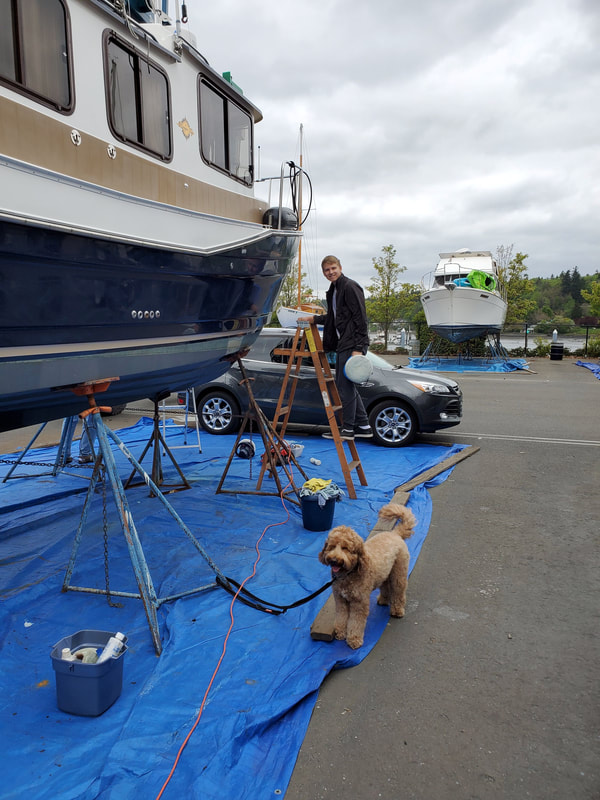 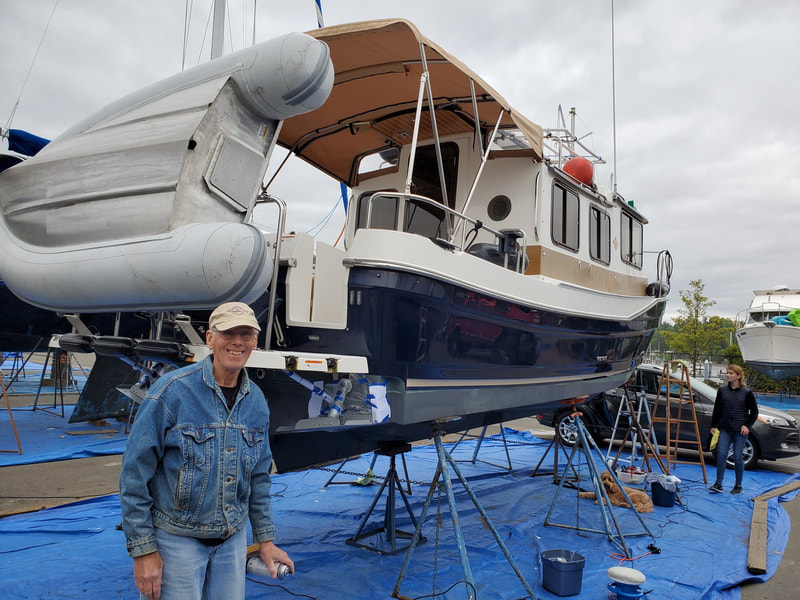 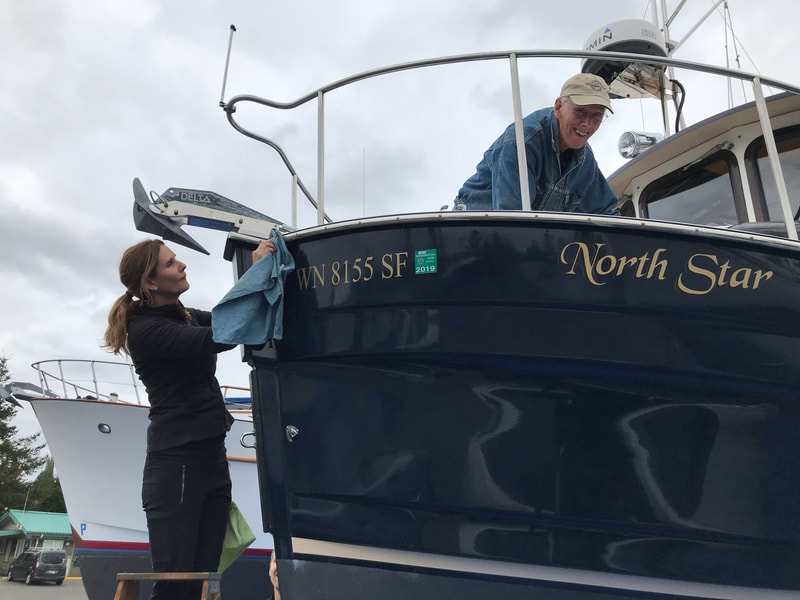 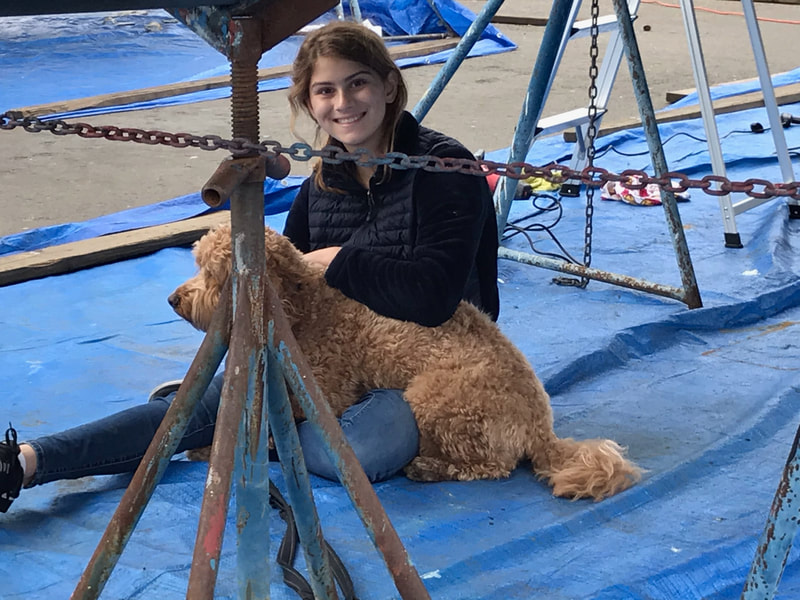 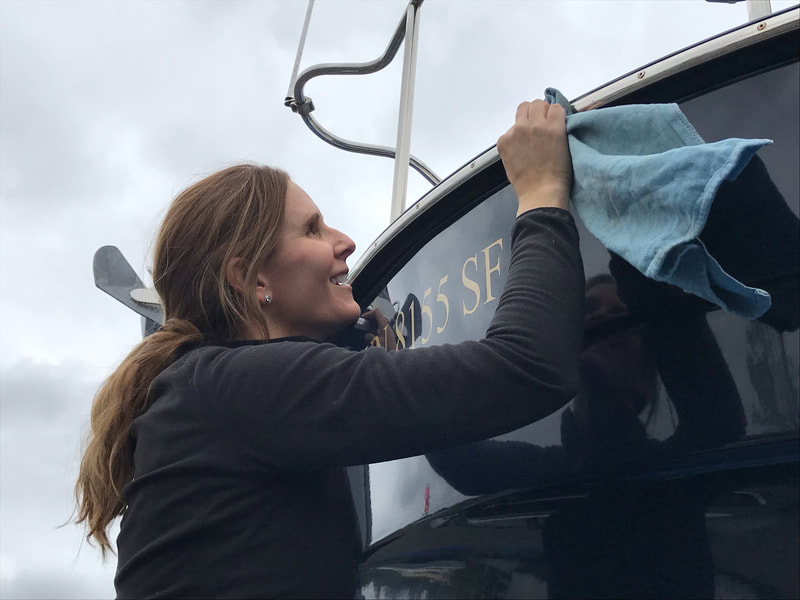 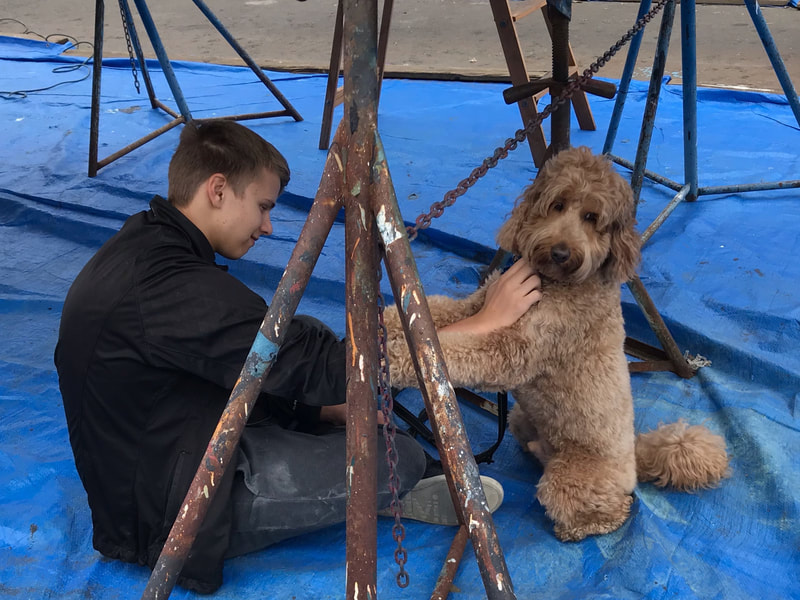 Shining like a mirror, NORTH STAR is lifted onto the hoist and gently dropped back in the water.  Next on the agenda?  The annual engine maintenance and a cleaning and oiling of the interior teak. 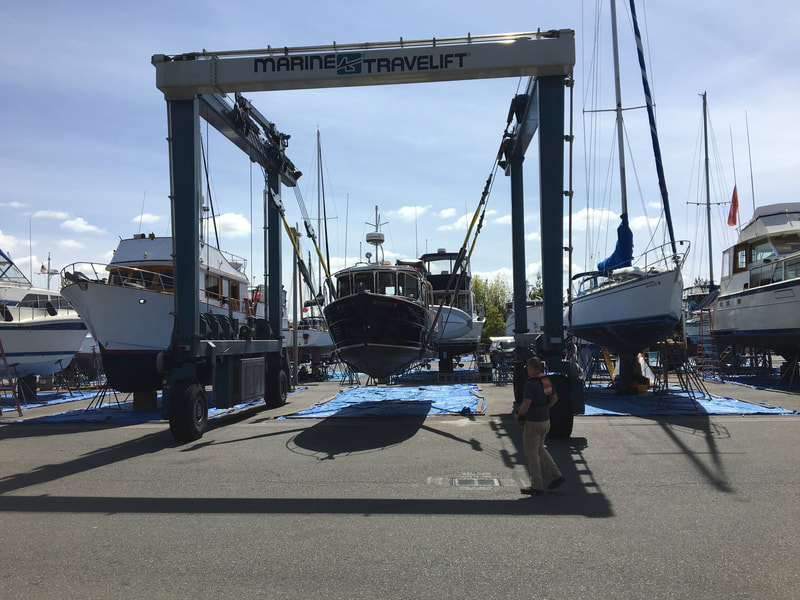 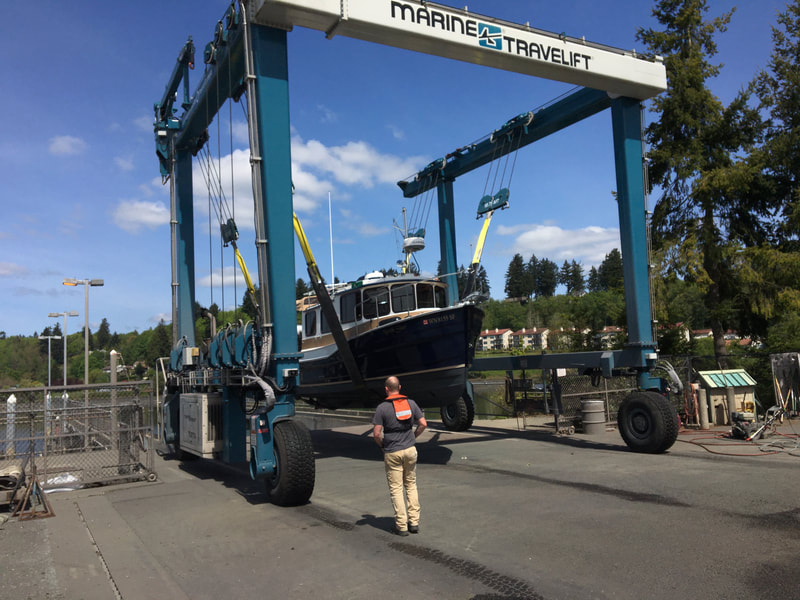 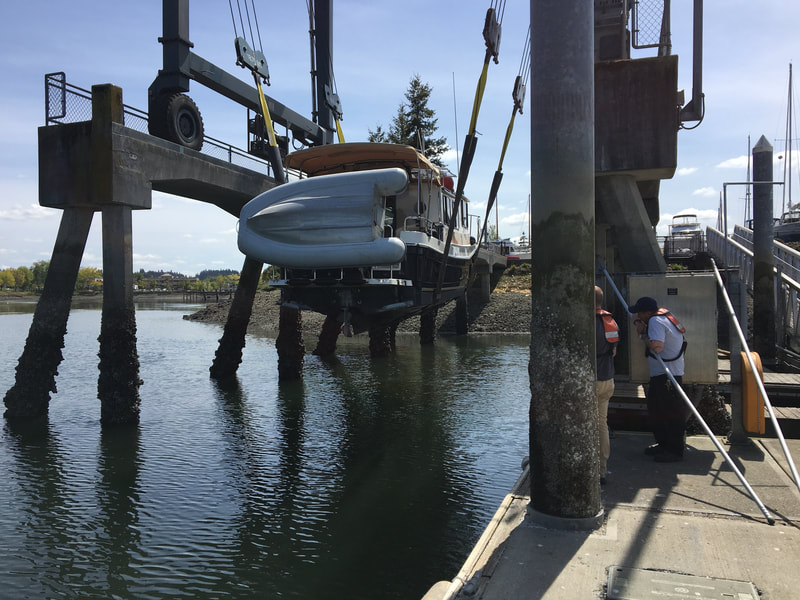 Return to Boat Days Index
Continue to Next Entry