Ten Weeks:  To the Broughtons and Back!

ates:  May 30 to August 4, 2016
Cruise From:  Swantown Marina, Olympia, Washington (U.S.A.)
Cruise To:  The Broughtons (Canada) and return to Swantown
Engine Hours start:  377
Engine Hours finish:  549
​
We have just returned from our longest cruise to date!  We spent nearly ten weeks cruising from our home marina in Olympia (at the southernmost point of Puget Sound) to the cruising grounds known as the Broughtons (between the northern part of Vancouver Island and mainland British Columbia), with many stops along the way.  The San Juan Islands, Gulf Islands, Vancouver Island, Discovery Islands, Desolation Sound, the Sunshine Coast of British Columbia, and, of course, Puget Sound, were among the many places included in our itinerary.

With over 7,000 photos to sort, numerous video clips, log notes, and memories galore, it will take us some time to get our blog pages put together and published.  Stay tuned!  There will be posts coming out gradually as we divide the cruise into smaller segments.

The water!  Always changing, at times challenging, a force not to be ignored.

The people!  Other boaters and the locals we met along the way, telling their stories and adding so much richness to our experiences.

Now, we look forward to putting or story together and sharing it with you. 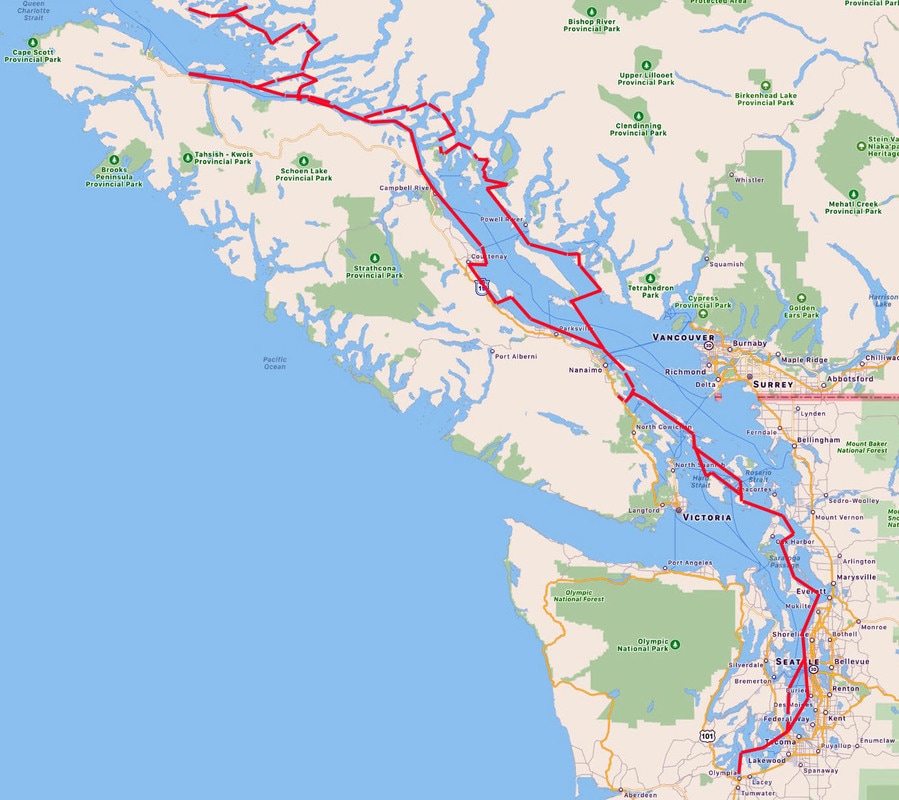 ​Return to Index Page
Continue to next entry